Why Won’t My Toilet Flush?

And doesn’t it seem like they pick the most inconvenient (and embarrassing) times to appear?  A toilet that flushes slowly or won’t flush at all may or may not be an emergency but usually always demands your immediate attention.

Do you need to call a plumber right away?  Depending on exactly why your toilet won’t flush, there are a few things you can investigate first.  And depending on how confident you are with your DIY skills, we’ll give you some tricks you can attempt to quickly bring things back to normal.

1. My Toilet is Clogged

Toilets have a built-in feature called a trap.  The trap works just like the S-shaped drain pipe you see under your sinks.  It’s designed to form a water barrier that blocks the stench inside your sewer pipes from entering your home.

These traps are susceptible to clogging when inappropriate items get flushed, things like small toys or giant wads of toilet paper.

You can try giving a clogged toilet a plunging to dislodge a clog.  Or you could simply use a small bucket to toss a gallon of water into the toilet bowl, which works well if the clog isn’t too ominous.  But be careful, because if you have a stubborn clog that won’t budge, you risk creating a gross mess as your bowl overflows onto your bathroom floor!

Should these simple maneuvers fail to free your clog, it’s probably time to give us a call.  We have special tools like an auger to snake your toilet and clear nasty clogs in the trap.  Also, we might determine that your clog lies not in the toilet itself but somewhere down the line in your sewer pipes, which definitely would require professional help to resolve.

2.  My Toilet Isn’t Clogged, but the Flush Is Weak and Drains Slowly

A slow draining toilet might be another sign of a partially blocked trap, however there are other things to investigate that might be causing the problem, particularly if the flush seems weak.

A simple thing to check is the supply valve (angle stop) that feeds water to your toilet.  This valve is located near the base of the wall behind the toilet.  Turn the handle on the valve counterclockwise by hand until it stops to make certain that it’s fully open.

A weak flush might also result from problems inside the tank.  Modern toilets are particularly problematic because they are designed to use very little water in the flush compared with their older counterparts.  The water level may be set so low by a faulty float adjustment that you aren’t getting a decent amount of water in the tank to make a good flush.  You might be able to adjust the float to correct the problem, or you might just want to rebuild the tank to bring it back to like-new operation.  Give us a call if you need assistance with either.

When you flush your toilet, water flows down from the tank and enters the bowl through a group of small holes located under the rim.  Over time these holes might become clogged with lime scale, rust or other debris.  You might be able to scrub these clean to improve performance, however you might also consider that it’s simply time to replace your old toilet.

One other thing to consider is the venting of your home’s sewer pipes.  In order for drains to flow freely, the air pressure in the drain pipes needs to be balanced.  An air vent is designed into the system of your waste pipes.  It’s opening is located on the roof of your home.  If you’ve tried everything else and you still have a slow-draining toilet, give us a call and we can inspect your home for proper sewer pipe venting.

3. Nothing Happens When I Push the Lever

The lever on your toilet’s tank that you push to give it a flush connects through a chain to a flapper at the bottom of the tank.  These chains can break or fall off.  The flappers are valves that empty the tank into the bowl causing the flush, and they can become warped, stuck or dislodged. 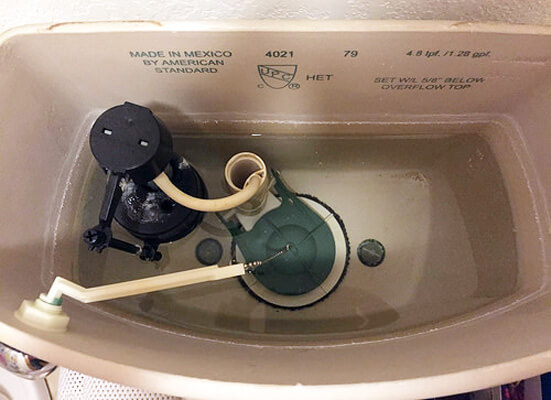 You can pull the cover off your tank to visually inspect the chain and the flapper.  An old flapper in bad shape can also cause your toilet to keep running when it doesn’t seat properly.  You can sometimes reseat the flapper by jiggling the lever handle.

If occasional minor problems with the flushing mechanism turn into a repetitive nuisance, give Active Plumbing & Air Conditioning a call.  We would be happy to replace your toilet or rebuild your toilet tank to bring it back to like-new operation for you.

And of course, we’re always available to give you a complete, professional diagnosis of any problem related to the flushing and functioning of your toilet and advise you of your best options to solve your particular problem.

Give Active Plumbing & Air Conditioning a call right now to schedule your service. 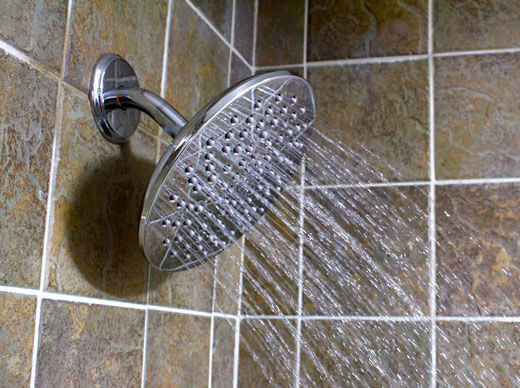 No Hot Water? Call the Experts!

We are hiring! Join our winning team!

WE WANT YOU ON OUR TEAM! We are hiring for the following positions. Our team takes pride in providing the best for our customers.  We are looking for team players that are looking to join our winning team. TEXT US!!!! (702) 553-1171 If you prefer email, please click...
Read More

DRAIN EXPERTS Your main sewer line (or simply “main line”), a large drain pipe, connects every drain in your home to the municipal sewage system or your septic tank depending on where you live in the Las Vega valley. Drain or Sewer Problems? Call the Drain Experts! ...
Read More

The decision between a traditional water heater versus a tankless water heater is a big decision. If you live in Las Vegas area, call us and schedule a FREE consultation. That decision usually comes down to a matter of preference, although understanding the...
Read More

Our Plumbing technicians are all fully trained and licensed. You can feel at ease knowing you’re putting your trust in a real professional to solve your plumbing emergencies. We are fully licensed, Plumbing Lic #47021 Call Today! 702-553-1171  What makes Active...
Read More

Who Provides the Better of the Best Plumbing and HVAC Service?

PLUMBING & AIR CONDITIONING LAS VEGAS EXPERTS Active Plumbing & Air Conditioning, your Las Vegas service experts for over 25 years, continues to delight the homeowners and businesses of our community with legendary “Better of the Best” service that delivers...
Read More

Leaky Sink? Find Plumbers Near Me

Leaks, drips, sprinkles, oh my! If you are dealing with a leaky sink, you may have found yourself searching for “Plumbers Near Me.”